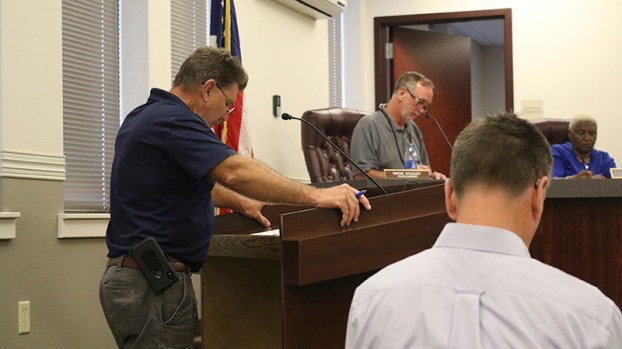 Picayune’s City Council approved the installation of a new water connection, natural gas connection and accepted a bid to install a new weather system at the airport.

The water service connection requested was from residents living at 84 Richardson-Ozona Rd. Public Works Director Eric Morris said the home is located just outside the city limits, but residents requested city water services after a private well on the property failed.

The request had to be brought before the Council because the home is outside the city limits. Once the connection is established, it will have to be maintained by the city up to the meter and the resident will then be under the city’s mandatory connect order. The mandatory connect order states that if a home is within 250 feet of a city utility connection, and even if the resident later decides not to use city water services, they will still be billed the minimum amount.

Morris said this voluntary connection is being paid for by the customer, which will require city employees to run up to 1,500 feet of water line.

A request to extend natural gas lines by 800 feet to a home, located at 27 Marcus Mitchell Rd., was also approved. Morris said the resident previously used propane, but recently opted to connect to the city’s services. Since there is another potential customer near this home, the city will pay for 25 percent of the cost to make the connection, Morris said.

A bid to replace the aging automated weather observation system at the Municipal Airport was also approved. Jonathan Hickman with Dungan Engineering said that while there were five potential bidders, only one bid was turned in because the other companies had too many other jobs already booked. The lone bid was from Webster Electric Co., LLC. and was for $324,594. Hickman said that bid was about $50,000 more than what he has seen similar projects cost, but the entirety of this project is being funded by the Federal Aviation Administration due to the impacts of COVID-19, so long as the bid was approved at the June 1, meeting. Hickman said that if the city waited until next year, 10 percent of the cost would have to come from the city.

An AWOS helps pilots determine if conditions are favorable for take off or landing by monitoring several aspects of the weather and reporting them electronically.

By Dawn Burleigh The Orange Leader The Fultons have waited 30 years for closure and may be a step closing... read more