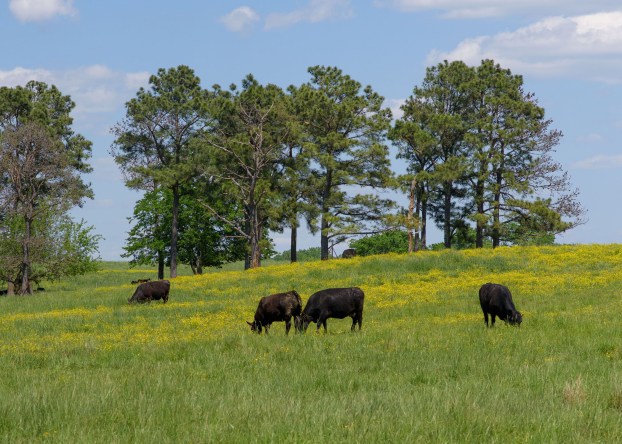 Cutline: The most recent count from the Mississippi State University Division of Agriculture, Forestry and Veterinary Medicine listed 920,000 head of cattle on 15,980 farms in 2020. (Photo by MSU Extension Service/Kevin Hudson) Alt tag: A field full of black cows.

Changes in beef industry go beyond the numbers

STARKVILLE, Miss. — Mississippi’s beef cattle herd size and farm inventory have not changed much in the last three years, but changes are taking place elsewhere in the industry.

The COVID-19 pandemic forced Rivera to deliver educational programming in a virtual format instead of the traditional Extension field days and short courses. Rivera had already seen a rising number of younger producers entering the industry, and they had no trouble with the transition to video conferencing.

“When we had to go virtual, the younger producers were Johnny-on-the-spot, and that opened our eyes to the opportunity we have to engage with a diverse range of ranchers,” Rivera said. “A lot of them are looking at different ways to market their animals and are better versed in what younger generations want to see in their beef.”

One of these demands, he says, is for locally produced, locally finished beef.

“National data suggest more millennial consumers want to know where their meat comes from,” Rivera said. “A lot of smaller slaughter plants are scheduled out several months ahead to meet this demand. It’s a limited market because only so many people have enough disposable income, but we still have some room to grow.”

A stable market is key to keeping younger producers in beef cattle production. Disruptions in the supply chain due to COVID-19 caused market instability, but conditions have steadied since. The statewide average price for 500- to 600-pound steers was about $145 per hundredweight during the first three weeks of April 2021. This price is up 17% compared with the same period a year ago, when cattle markets were disrupted by the pandemic.

“The number of beef cattle and calves in Mississippi and nationally has been steady to slightly lower over the past year,” said Extension agricultural economist Josh Maples. “Market prices the past few years have hovered just above break-even levels for many producers, which prevented heavy liquidation but also didn’t encourage many producers to expand.”

Restaurant demand remains an important factor as the U.S. and world continue to emerge from pandemic restrictions.

“Demand for steaks is influenced by travel and dining at sit-down restaurants,” Maples said. “As we approach the warmer months, ground beef demand usually picks up as the primary grilling season begins.”

At MSU research facilities on campus and across the state, recent beef cattle studies have included fattening cattle without a conventional stable, costs incurred by fattening beyond standard market weight, and using hay analysis to determine appropriate amounts needed to supplement cattle.

In 2020, the state’s beef cattle industry had a $261 million value of production, which was a $12 million increase over the previous year.

The Biloxi Police Department is requesting your assistance in helping to identify an unknown W/M who allegedly assaulted two person(s)... read more