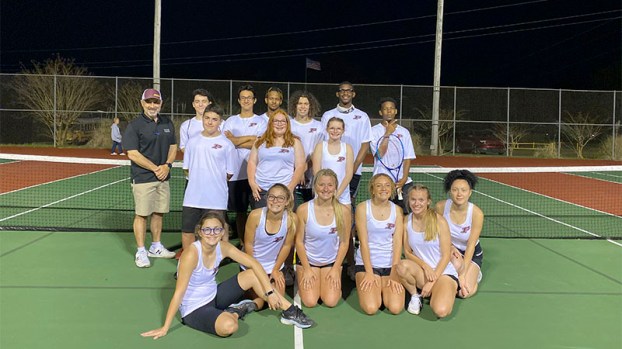 Picayune’s tennis team will have six athletes move on to the individual state tournament thanks to their recent results.

Coach Chris Wise said his players knew what was expected of them going into the April 7 tournament in Hattiesburg and the athletes executed well.

“The message was to get focused on what they’re doing, to achieve the goals we wanted. I have to brag on Alex Velasquez. That was the best he played all year. He has come a long way in his skillset. Also, in terms of raising the intensity level, it’s fun to watch Jordan and Trey play. Melanie’s play was flawless so I was also glad to watch that because she’s so talented, and our mixed doubles played better than they had all year,” Wise said.

Having six athletes moving on is a statement of intent from the program. Wise has been slowly but surely trying to build the team into an annual contender, and the results this season have justified that work.

Not only did the team win district and will play in the playoffs April 12 in Hattiesburg, but they’re now also sending six athletes to the state tournament.

Wise said the progress of the program bodes well not only for this season’s results, but also for possible future success.

“I think anything positive in its exposure is good for the program and the role model these people set. Sustained success is very beneficial there. The fact that we’re not only able to win district, but advance numbers to the tournament is indicative of the fact that we’re moving forward,” Wise said.