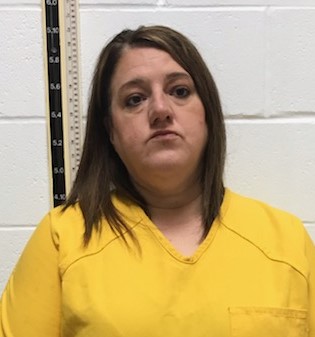 The former secretary and treasurer of Pearl River County Crime Stoppers, an organization that provided community members with a way to report crimes anonymously, has been arrested for embezzlement of more than $50,000 from the organization.

According to a press release from State Auditor Shad White, Michelle McBride, the former secretary and treasurer of Pearl River County Crime Stoppers, was arrested after she was indicted on the offense of embezzling $52,000. She after turned herself in to the Pearl River County Sheriff’s Department on Jan. 8, said Logan Reeves, media relations for White’s office.

The investigation showed that McBride allegedly used the local Crime Stoppers’ debit card to fund personal rodeo expenses and transfer funds to “fraudulent non profit accounts she owned,” the release states. Reeves said he could not elaborate on the nature of the alleged theft of funds.

As a result, McBride was issued a demand letter that informed her she owes the state and investigating agency $82,416 for the funds allegedly stolen combined with investigative expenses and interest. Reeves said the total outlined in the demand letter includes one percent interest on the funds involved per month, along with the cost of the investigator’s pay who worked the case.

Since a surety bond did not cover McBride’s duties on the board of Pearl River County Crime Stoppers, which protect tax payers from cases like this, she will be responsible for paying back those missing funds along with any other expenses incurred in the case.

“It is disheartening to see money intended to make our communities safer instead go to someone for their personal benefit, but I am grateful for the work of our investigators and the help of the district attorney’s office in putting a stop to it,” said White in the release.

Investigators with the Pearl River County Sheriff’s Department assisted in this investigation, the release states.

This case is expected to be prosecuted by 15th District Attorney Hal Kittrell.