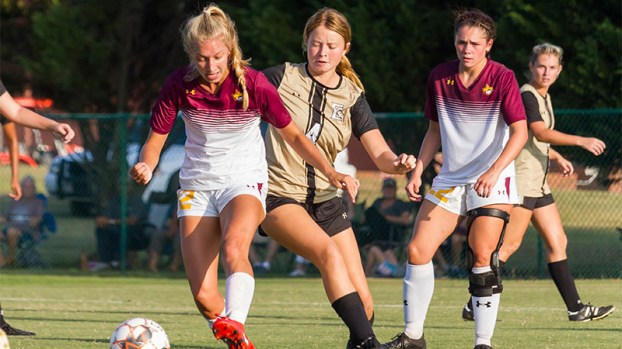 It’s been a whirlwind couple of weeks for the sports programs at Pearl River Community College as the National Junior College Athletic Association decided to move fall competitions to the spring.

However, the Mississippi Association of Community Colleges then came out and said the conference would go ahead and hold a delayed football season that’s set to start October 1, while the rest of fall sports moved to 2021.

PRCC Athletic Director Jeff Long said the NJCAA’s decision has led to some brand new obstacles as the programs look to adapt to the constantly changing situation regarding COVID-19.

Not only will schedules have to be entirely redone, but there are also logistical challenges, like having multiple teams needing to travel on the same day, that will have to be reckoned with during the spring period.

“That’ll be a very challenging part of it, but the biggest thing of it is trying to make those seasons happen. We want to give that opportunity to these student athletes,” Long said.

The situation regarding the fall football season is fluid, so Long said there is an option to move it to the spring as well if things haven’t settled down by October 1.

Hosting a fall season would have some positives for the football program, but if the risks outweigh the benefits then it’ll be postponed.

“We’ll be monitoring that over the next few weeks. We’re not going to put the kids in an unsafe environment,” Long said.

There are athletic departments across the country dealing with the financial repercussions of having their sports moved to the spring.

Many institutions use revenue from football to help fund other sports, but Long said PRCC’s athletic budget isn’t dependent on the football season taking place.

“I don’t think our budget will be a challenge. We budgeted for these seasons and some of these seasons are going to be cut down as far as games go, so we’ll be in pretty good shape with that,” Long said.

While not being able to fundraise and host camps over the summer has hurt the programs financially, Long said it’s not a dire situation.

Guidelines are still being developed as far as what athletics will look like in the fall. Football may be the only team having a season in the fall, but there will still be practices and workouts taking place as other teams prepare for their respective matchups.

The decisions pro leagues and the National Collegiate Athletic Association make regarding fall sports will likely have some impact on how PRCC and other junior college programs plan for the upcoming semester.

Long said things like possibly limiting spectator numbers and other health guidelines will be uniform across the conference and in place prior to the football season, if it does end up taking place.

“We’ll have guidelines set before the season that’ll be consistent for every school. The biggest thing will be the health of our players. We’ll continue to try and make the best decisions to balance what’s best for student athletes,” Long said.

It was unknown if the football program at Pearl River Community College would participate in a season at all this... read more