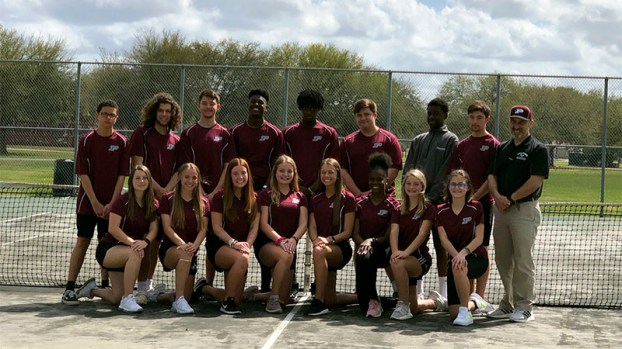 Picayune tennis getting some work in over the summer

The high school tennis season might not start until January, but Picayune Maroon Tide Head Coach Chris Wise decided to have summer workouts anyways in order to get the athletes back on the court.

Wise said the workouts started in July and have seen an average of six to 10 athletes show up each day. The focus has been getting the athletes working on their fundamentals.

Because of the pandemic, the tennis courts at Friendship Park had been closed for an extended period of time, so the athletes wouldn’t have been able to practice even if they wanted to.

Now that the courts are open again, Wise said his players have been making steady progress and knocking off the rust.

“I’m making sure they’re playing more often and getting the racket in their hand again so that it’s not such a long recovery process when we get to January and are back practicing again,” Wise said.

Not only have the athletes been busy this summer, but there was also some positive news regarding the possible construction of more tennis courts at Friendship Park.

Recently Picayune’s City Council submitted three projects for BP funding, one of which was a project detailing improvements to several local parks.

One of the parks proposed to receive improvements, if the request for BP funding is approved by the Legislature, was Friendship Park, where it was stated that a new set of tennis courts could be built along with an adjacent parking lot, a new playground, a camera system throughout, and new walkways and turf on various baseball/softball fields, according to previous coverage.

Wise said the addition of more courts would benefit his program in a variety of ways if the project is approved.

“But I’m also excited because it’ll naturally attract more people to the sport because the opportunity will be there because they’re able to play. It’ll be more visible in the community and people will realize that we have a team,” Wise said.

Depending on if the project is approved, and how many courts are added, there’s also the possibility of Picayune being able to host high school matches, which it currently can’t do.

While there’s hope for the future of the program, the focus for Wise is the here and now.

After months of quarantine and an unusual school year about to take place, Wise said it was important to give his athletes an opportunity to get out of the house and back on the court this summer. “I just feel some moral obligation that these kids need to be busy and need something to do. They’re sucking it up and enjoying it for that reason. It’s giving them some sense of normalcy,” Wise said.

Players getting stronger mentally and physically in the SECL

The Royals faced off against the Red Sox in a nine-inning game Thursday evening as part of the Southeast Collegiate... read more